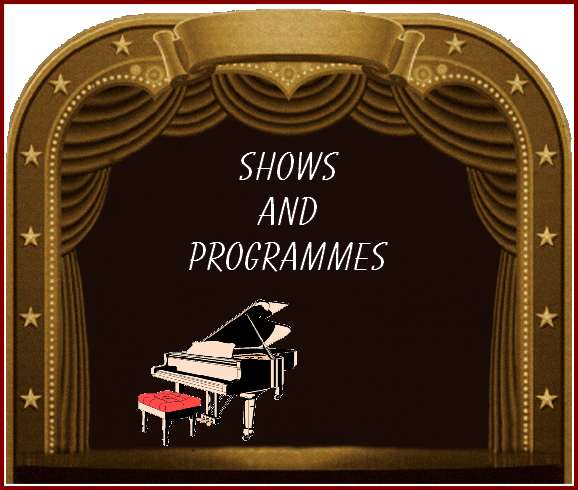 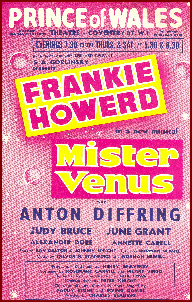 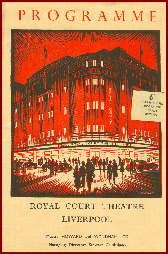 “Mister Venus” toured  the provinces and received mixed reviews before opening in London at the Prince Of Wales Theatre.

Some of these can be read below. Click any image to enlarge. 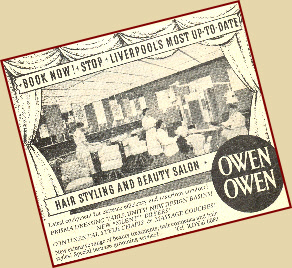 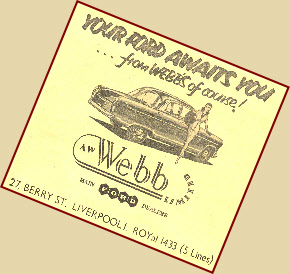 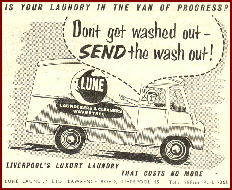 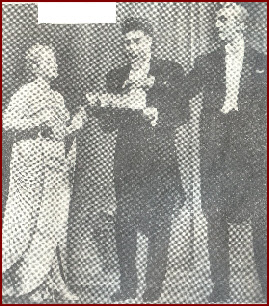 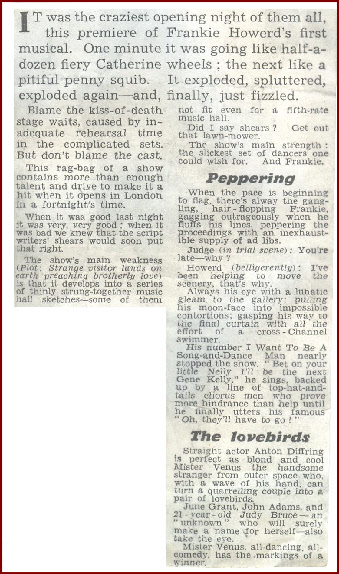 Frankie “gets the message” from Spaceman Venus 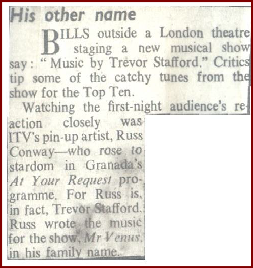 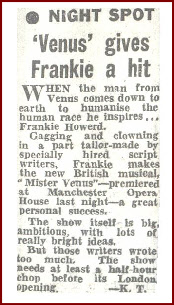 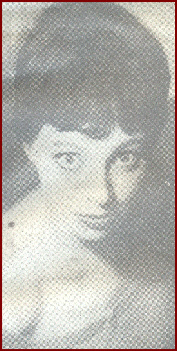 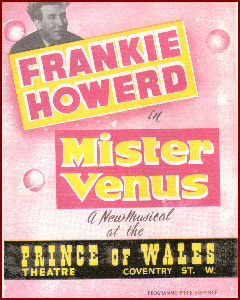 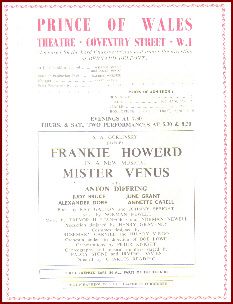 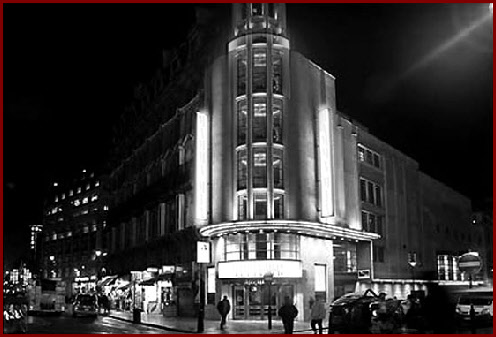 The Prince Of Wales Theatre 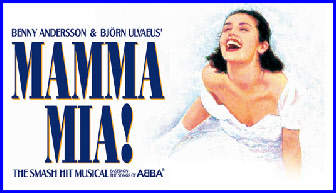 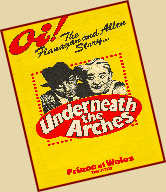 Much history surrounds this lovely theatre.  “Underneath the Arches”  a

depicted the lives of Flanagan and Allen, who also appeared at the “Prince Of

Further success followed with  amongst others,

“West Side Story” and  “The Full Monty”

For a closer, in-depth look at the history of the “Prince Of Wales” and

Grateful thanks to Matthew Lloyd,  from whom research for this article was sourced .

The Prince Of Wales

And Other Theatres Around The World Too !

The Words and Music within the musical, praised so highly in

the news cuttings displayed above, are now lost in the midst of time.

Some copies of Sheet music (right) from the show still survive.

In 2001, at a Tribute & Celebration for the Life of Russ Conway

with Abba’s hit tune “Thank You For The Music”

Is it just co-incidence that “Thank You For The Music”

Why not  combine a theatre tour of the “Prince Of Wales”

To purchase tickets for the long running show

for price and availability

S A Gorlinsky was a Director and  Concert Agent  primarily for Opera & Ballet productions, but also included

staging music festivals and numerous plays around the country at high profile locations.

were called in, and together they worked tirelessly turning the play into a brilliant musical.

Alan Simpson left the production during rehearsals  to go on holiday, and his name was removed from the credits. 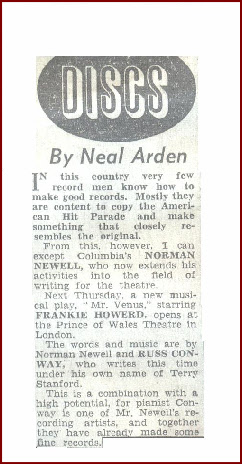