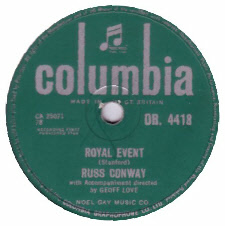 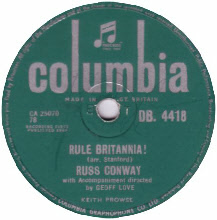 Reproduced with revisions from:

to look again at Russ’s composition, Royal Event, and other royal associated items 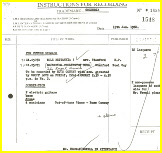 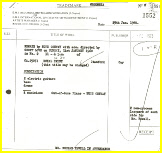 with four members of Geoff Love’s rhythm section plus Geoff

himself assembled in Studio 2 at Abbey Road to record “Rule

theme tune that Russ had written and had already been recorded

by The Geoff Love Orchestra on Columbia DB. 4316.

Things changed, and it was decided to record what was now called

“The Royal March” instead of “Brigadier Wellington Bull”.

innovators and used recording studio time to experiment until they

got the sound they wanted. I have to tell you this was nothing new.

The Studio tapes of the “Rule Britannia” & “Royal March” sessions

show just how much experimenting went on with Russ, Norman

Newell and the accompanying musicians.

Britannia” was used, but in the years to come when  personnel had

changed and “Best Of” LP’s and similar titles appeared there

were those who seemingly knew the tunes, but not the correct

versions. Some, presumably thought that it didn’t matter, as long

as the tune was right. They forgot about the purists, and not just

among Russ Conway aficionados but many other artists as well.

This is how the version currently shown on YouTube posted by

Bob18524 came from out of the darkness. Someone presumably

found the first session tape, thought it to be the only session and

it was added, with others to a “Best Of” LP.

looking for, as collectors do want the correct version, unless of

course it is a collection of rarities.

Who really knows what they intended to do though at the time.

Newell was determined to record a tune called “Royal Event” 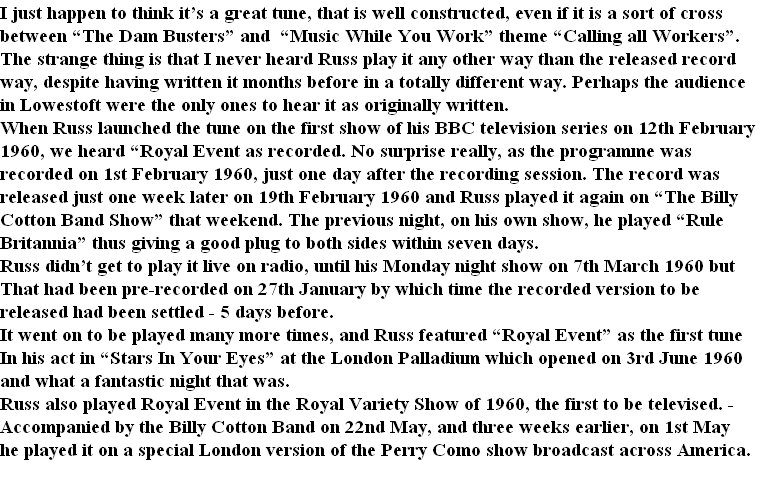 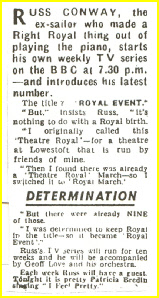 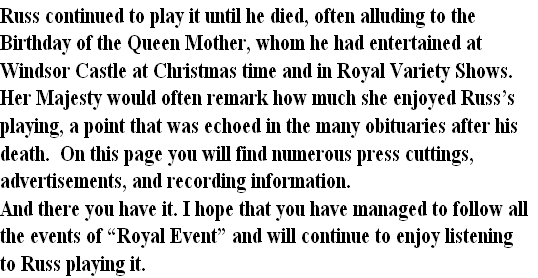 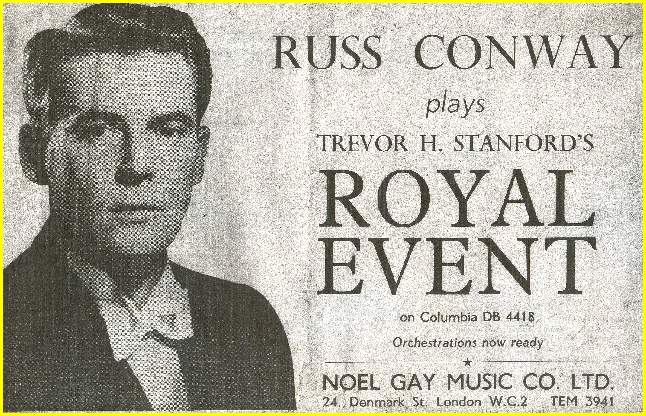 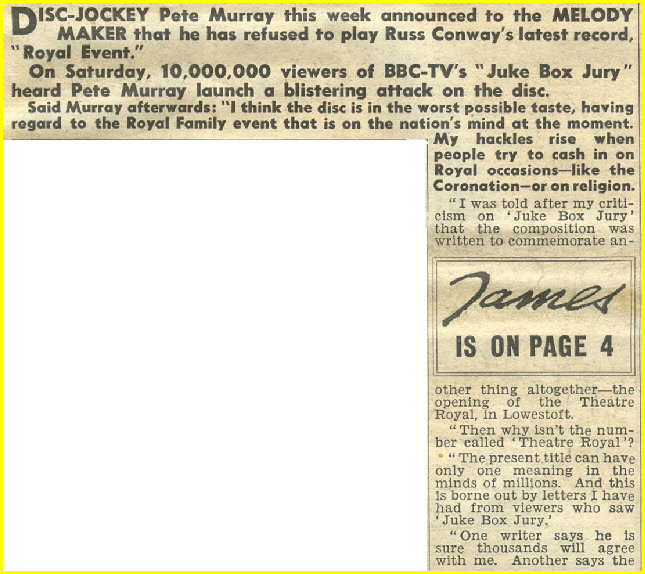 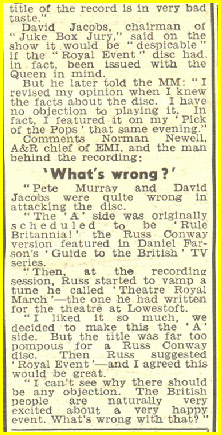 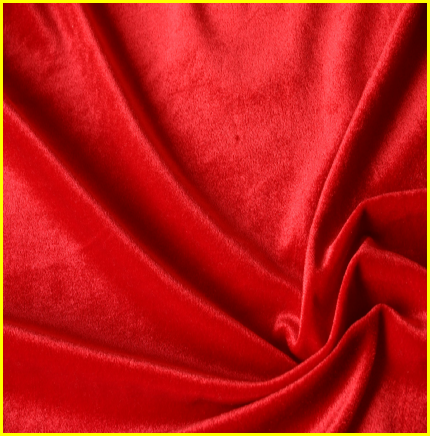 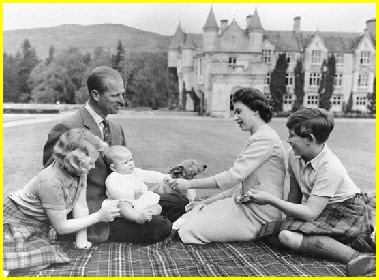 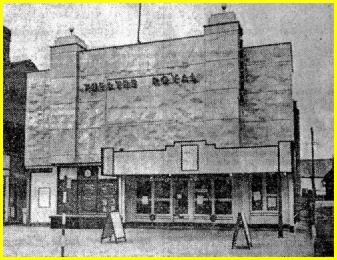 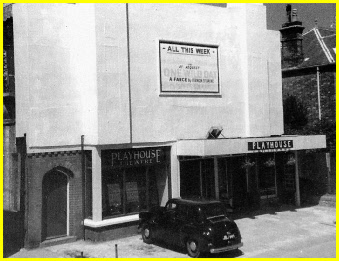 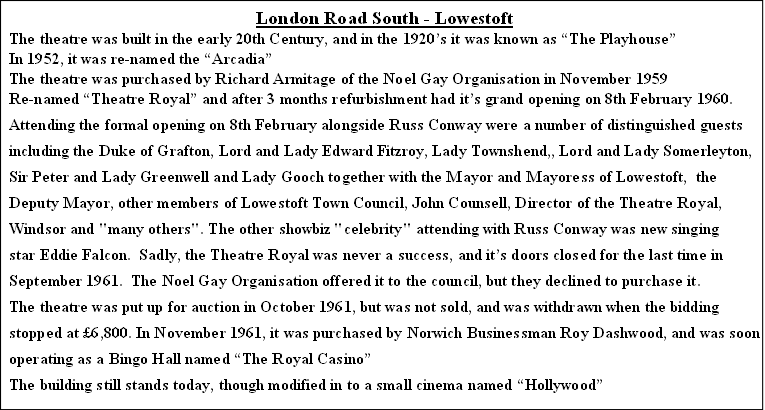 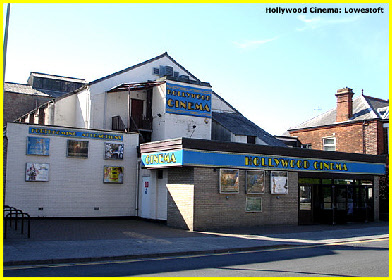 Many thanks to renowned Lowestoft historian, and

author Ivan Bunn, for his time, passion and patience

whilst researching the history of the Theatre Royal,

and for tracking down a rare picture of this wonderful

old theatre for display in this Royal Event article. 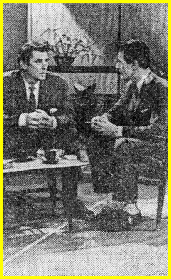 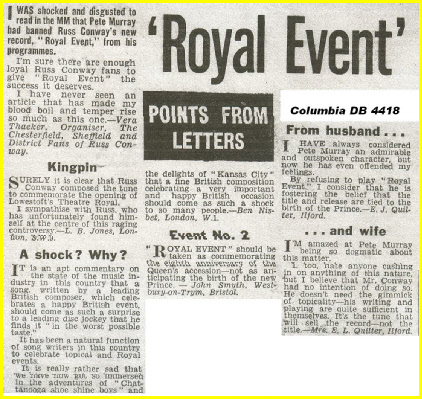 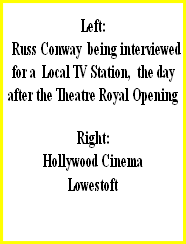 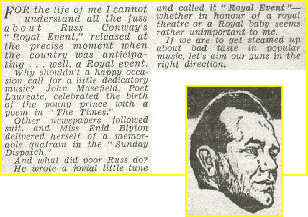 Winifred Atwell wrote and recorded “Britannia Rag” and introduced it at the 1952 Royal Variety Performance, in fact her performance was recorded and became the actual release. This was the first Royal Variety Performance attended by the new Queen Elizabeth II and Winifred’s performance on the night received a rapturous response from the whole audience. The following year, 1953, was coronation year and to celebrate this, Winifred released a single called “Coronation Rag”.

Winifred introduced both of these titles on stage and explained why she was doing it.

Surprisingly or perhaps not, there was no public outcry or attention seeking by pundits like

Mr. Murray or anyone else. It’s a strange old world and what a difference seven years can make.