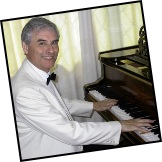 Click the speaker to hear the Russ Conway Tribute by Mike Thomson.

Sound clip recorded at St Georges in Bristol on 11th November 2016 for the Armistice Day Concert.  Introduced by Ali Vowles.

Grateful thanks for the Photograph and Recording © Richard Hope-Hawkins 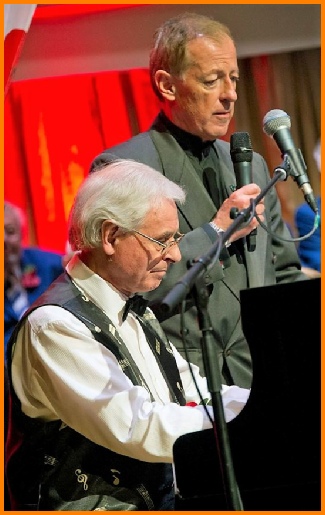 Mike Thomson sadly passed away on the 11th February 2018 aged 71, after a short but very brave battle with pancreatic cancer.

Mike was an astounding musician and pianist, who had the uncanny knack to analyse a Conway or Atwell tune and replicate them note for note. So good, many could not tell the difference between the originals.........including Russ !

Many of Mike's videos can be seen on YouTube and have been viewed and followed thousands of times.

Mike shared his knowledge of music freely and contributed articles in the Russ Conway Appreciation Society magazines and here on this website. Mike performed on stage numerous times for charity and benevolent events organised by Richard Hope-Hawkins and also accompanied the legendary 50’s singer Joan Regan during a summer season at Clacton.

More importantly, Mike was a people person. A humorous, good natured and much loved family man, who together with Bill Murden threw the doors of his home open, over many years, to host open days for the Russ Conway Appreciation Society members. As a result of these meetings, many friendships have been made. Whether you knew Mike personally or not, he will be greatly missed.

Rest in peace our good friend.

“Always You and Me”